Talk about buying cars, fixing them, and everything in between.
Post Reply
71 posts

Yo Bumble, I'm having issues with my windshield wipers. Hopefully you're on vent tonight.

I'll paste what I posted over at my BMW forums:

Well, this is interesting. I was driving in the rain on Friday and put my wipers on in position 1 (rain sensing). Everything was working normally until I parked my car, shut it off, and noticed the wipers were still on after I shut the car off. I start moving the wiper control lever up and down to make sure it wasn't still in position 1. When I moved it to position 0 (off), they still didn't turn off. If I went all the way up (pos 5?), the wipers went faster...obviously, so it seems like the control works partially at least. When I went back down to 0, they were going a medium speed and still weren't shutting off.

Alright...the car is off, so I go to the fuse box and pull the rain sensing fuse (#28) to see if the sensor is dead. The wipers stay on. OK, so I pull the wiper fuse (#38). The wipers finally turn off.

If I put the wiper fuse back in, they start up again at that same speed.

What could be the problem? Short to ground maybe because of the rain? Bad relay?

Saturday update: I tried taking out the wiper relay today but I couldn't pull it out. Am I missing something?

Checking the relay is a very good place to start diagnosis. They can sometimes be tight in there and even require a small pair of pliers to yank them out. Also, some relays have a locking device like a normal electrical connector would.

I usually try to find a relay that matches the one I've pulled out, like the horn relay or something, and plug it in the suspect relays socket and see if that works.... on the other hand, I did that once on a Volvo to a relay that looked identical to the one I thought was bad, ended up starting a small fire behind the dash. The only times I swap relays in a car is if the wiring schematic is stamped right on the side of the relay or I know for sure that you have the same type of circuit.

You can test the relay circuit with a test light but without a wiring schematic I wouldn't go poking around under there just yet. I have access to all that shit in work and the program I use dumbs down the drawrings for stupid americans. Once I get a look at the wiring diagram I can tell you what parts are even possible to be bad for the failure you have.
I type a bunch of shit then people go fuk themselves
Top

Well, since the wipers aren't turning off I was thinking the relay was bad in some way. Maybe even one of the relay's blades has residue on it that needs to be cleaned off (like some carbon, ya know?) Grasping at straws...I really don't want to drop more fucking money at the shop. Since I need to get my state inspection done, this is kinda fucking me over. I think they check wipers (?) so I wouldn't pass.

I'll wait till you look at those wiring schematics.
Gaming:

Well that's the thing...I'll be taking my car to that shop if I can't fix this wiper thing myself. I'd also get the inspection done while I'm there.

I'm gonna try to pull out the relay when I get home. If the thing is just fried, I could easily order a new one for 13 bucks.
Gaming:

Z4 status update: Alright, so I did more testing. Fuck it's hot...I almost died in the 100 degree heat crammed into the passenger footwell pulling out relays. WOW THAT WAS DIFFICULT!

Removed negative wire from battery terminal. I pulled both black relays out. One of these supposedly control the wipers and the other one controls the fog lights since the part number matches the realoem.com part # that I linked.

So after I took both out, I reconnect the negative terminal, pop the wiper fuse back in. The wipers start moving. WTF? Does this mean the relay is bad or what? I'm thoroughly confused.

EDIT: Probably gonna try this over the weekend since I have nothing to do: http://forums.bimmerforums.com/forum/sh ... ?t=1115530
Gaming: 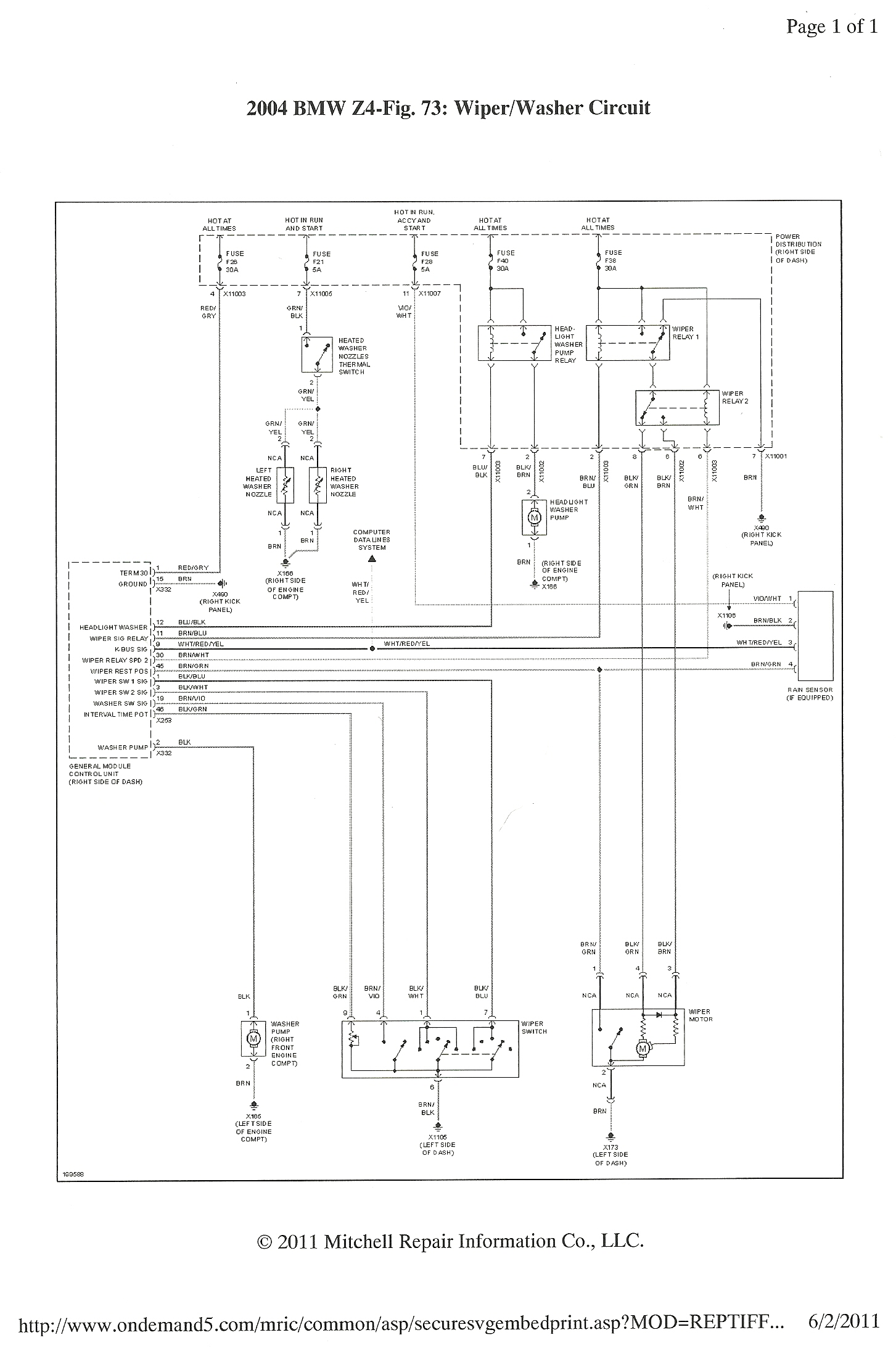 Return to “The Garage”